The world’s first certification to Tier IV of an IP-Bus system has been awarded to colocation provider NEXTDC in Australia.

The B2 power solution employs unique IP-bus technology from Piller which affords a combination of fault tolerance and concurrent maintainability without the need for N+N redundant UPS. This is accomplished by a patented ‘Delta-droop’ control of Piller UNIBLOCK™ UPS and gensets paralleled at the UPS output. Such a solution cannot be equalled by any other current IP-Bus UPS technology.

“This is fantastic news for NEXTDC; I and the Piller team would like to wholeheartedly congratulate them on this achievement which represents the highest level of operational excellence, technical innovation and thought leadership. We are delighted that this is the world’s first Tier IV certification of an isolated-parallel (IP Bus) system and with our world leading technology. Piller’s IP-Bus solution combines the advantages of isolated redundant and parallel redundant UPS configurations resulting in outstanding maintainability and fault tolerance characteristics; an excellent way to optimise redundancy, resilience and total ownership costs. This is Tier IV functionality without the capital and operating expense of system redundant UPS.” 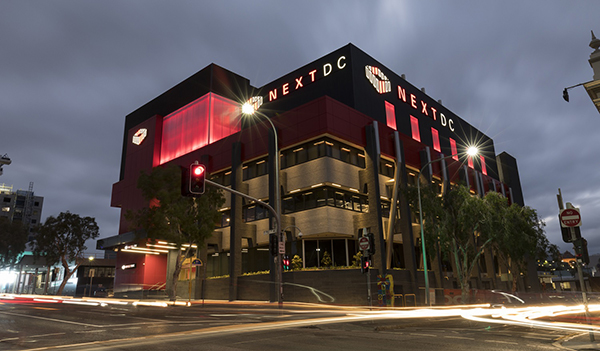 “Achieving Uptime Institute’s Tier IV Certification is partly about keeping the design elegantly simple, and keeping the paths separated to make it fault tolerant. The data centres that we build and operate are infrastructure for the future, and they have to meet the highest reliability standards.

Although some data centre companies try to achieve a Tier IV facility and gain preliminary design documents certification, they often don’t build it according to the Tier IV-certified design or have the facility tested and certified by Uptime Institute. Our team put in an exceptional effort to have B2 ready for Uptime Institute to perform the most rigorous site inspections and fault tolerance testing to prove that NEXTDC is the first data centre operator in Australia to actually deliver on the promise of Tier IV reliability.”

Piller is the world leader in IP Bus solutions which are employed all over the world and also at NEXTDC’s Sydney, Melbourne and Perth data centres.

Piller is a world leader in power protection technology. The company builds electrical systems for mission-critical applications worldwide. Clients include many of the world's central and commercial banks, stock exchanges and other financial institutions, as well as broadcasters, airports, telecommunications networks, government departments and co-location operators.

Founded by the German engineer Anton Piller in 1909, more than a century on Piller is still headquartered and produces in Osterode and nearby Bilshausen, although today the company has subsidiaries across Europe, the Americas, Asia and Australia and today employs approaching 1000 people worldwide. In November 2016, Piller Power Systems Inc, the US subsidiary of Piller Group GmbH, acquired the assets and business of Active Power Inc, the US kinetic energy storage specialist.

Piller group is a division of the UK engineering and industrial group, Langley Holdings plc.

Close
This site uses cookies. By continuing to browse the site you are agreeing to our use of cookies. Find out more here